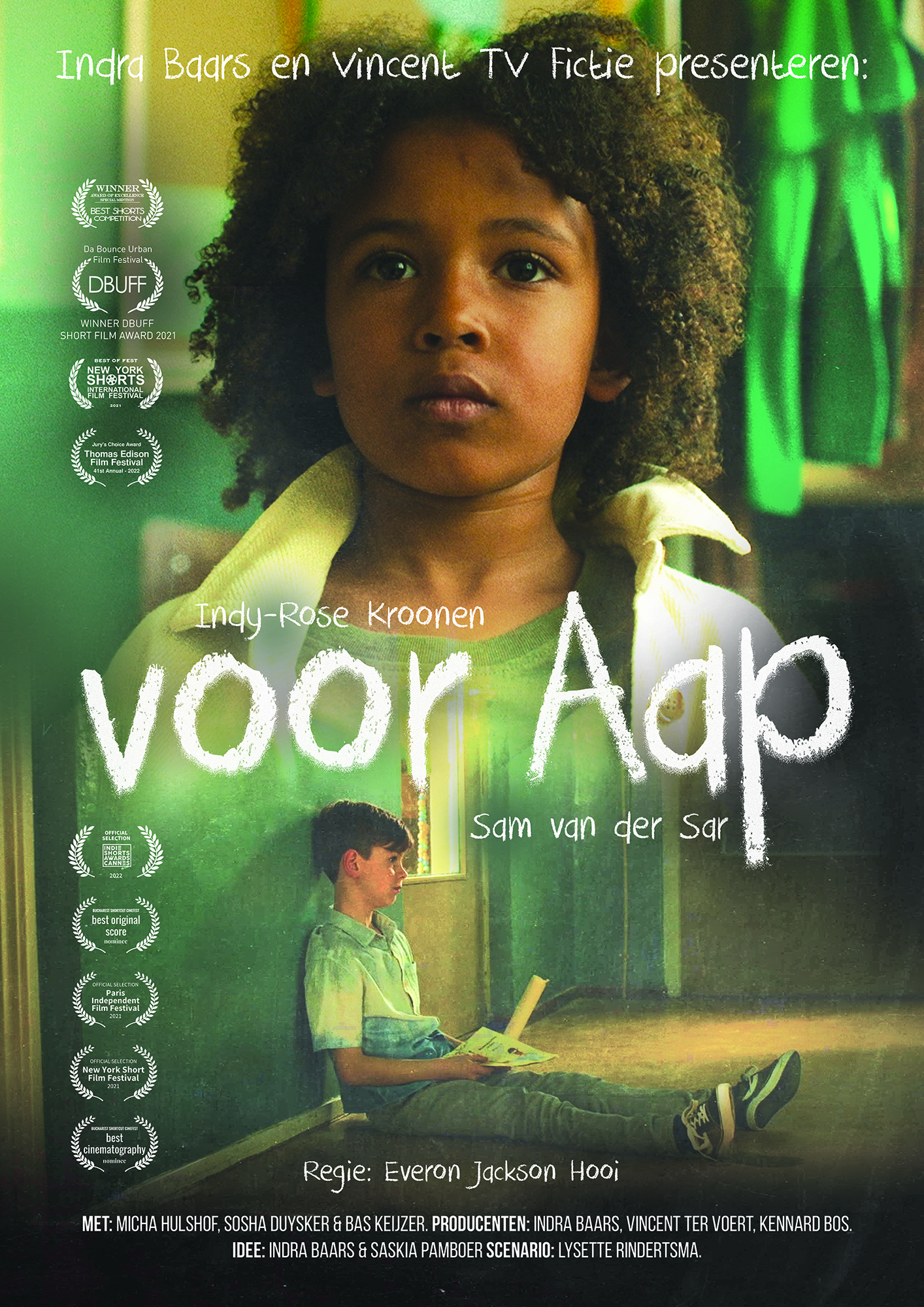 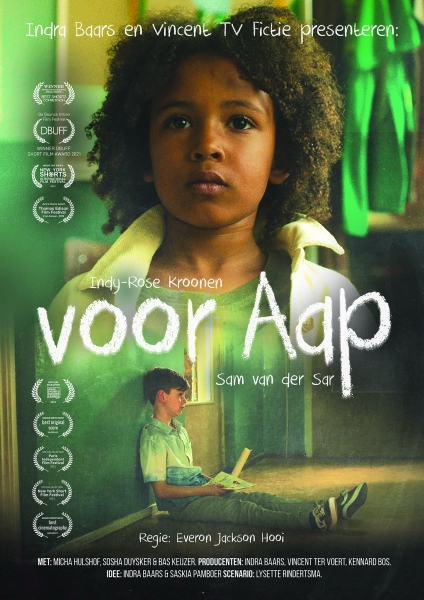 Amsterdam, 08 november 2021: Vincent TV Fiction’s short movie Monkey Business  awarded as Best of Fest at the New York Shorts Festival and the DBUFF Award at the Da Bounce Urban Film Festival in Amsterdam. The short film already won the Award of Excellence at the Best Shorts Competition, is currently in competition at the NY Short Film Festival and was selected at the Paris Independent Film Festival.

Monkey Business (original Dutch title: Voor Aap) tells the poignant story of Nila, the only girl of color in her class. When her classmate Rein suggests that Nila play the role of the monkey in the school musical, their teacher jumps to conclusions – but is it justified?

The film, a personal story from producer Indra Baars’ childhood, and directed by actor/director Everon Jackson Hooi, was launched at the Dutch Utrecht’s Dutch Film Festival in September and selected for Independent Film Festival in Paris, having already earned an award of excellence, special mention at the Best Shorts Festival.

Producer Indra Baars is excited: ‘“Young kids still see the world without color. It’s the adults who learn children the differences between people. I hope with this short film we can make people aware of the issue and change the world a little.”

Co-producer and founder of Vincent TV Vincent ter Voert adds: “We are proud to have kicked of our fiction department with this very personal project of Indra Baars. We congratulate her, director Everon Jackson Hooi and Head of Drama Kennard Bos on having touched the subject of racism in a gentle yet gripping way. Monkey Business does not force an opinion on the audience, it invites everyone to start a dialogue. This is how film & tv can contribute to the public debate.”

Watch the trailer of Monkey Business below this article.

Winner of two consecutive Gouden Televizier-Ring awards in 2018 and 2019, Vincent TV was established in 2014 to create and produce tv formats focused on humour, talent and topical stories for a broad audience. The company creates its own original IP with shows such as Verdict on Demand, Legal House Call, Château Planckaert and Palace for a Penny, as well as importing third-party formats for adaptation in the Netherlands, Belgium and the UK.